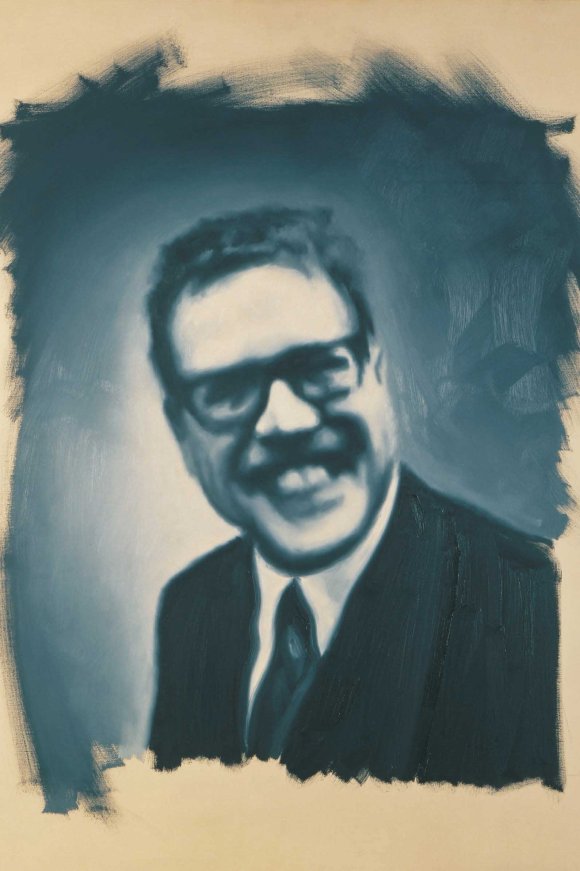 In conjunction with our current ”Schaufenster” presentation, the Kunstverein für die Rheinlande und Westfalen, Düsseldorf, wishes to remember the late Karl-Heinz Hering’s many years of service on behalf of the Kunstverein.

Dr. Hering’s career as an art historian, exhibition curator and editor literally led him from “Dada to Beuys”. He worked at the Kunstverein for over three decades, first as a trainee under Hildebrand Gurlitt, the Kunstverein’s first director after the Second World War, and then as his successor from 1956. With documents, photographs, exhibition invitations, posters and publications we want to convey an impression of Hering’s multifaceted und fruitful activities that benefited both the Kunstverein and its visitors. It was not least due to his efforts that Düsseldorf was able to establish itself as one of the former West Germany’s most important artistic centres, enjoying ever increasing international prominence. Together with Ewald Rathke Hering presented important survey exhibitions, for example the controversial 1958 Dada retrospective, the first of its kind in Germany, in addition to comprehensive monographic shows on such artists as Ernst Wilhelm Nay, Sam Francis and Ernst Ludwig Kirchner. Major international figures from the world of contemporary art like Jackson Pollock, Victor Vasarely, Tom Doyle and Eva Hesse, Corneille, Gerhard Richter and Gilbert & George were often first seen in Düsseldorf exhibitions while the cooperative group project Wie es uns gefällt: Happy Chaos from 1981 sought to connect to a younger generation of locally working artists.

While our “Schaufenster” can only present just a small slice of Karl-Heinz Hering’s many extraordinary activities it shows at the same time the extent to which art history is also subject to memory and forgetting.

We are grateful to Marie-Luise Otten for her active support of his this project.