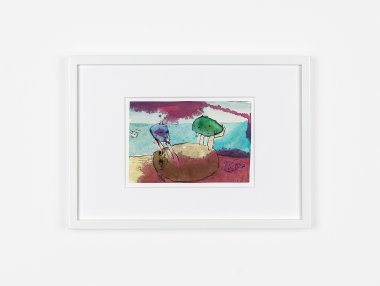 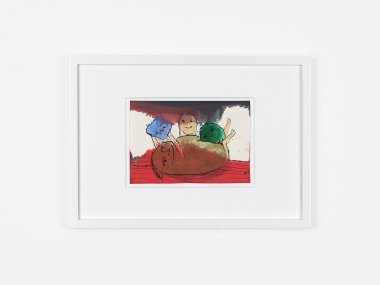 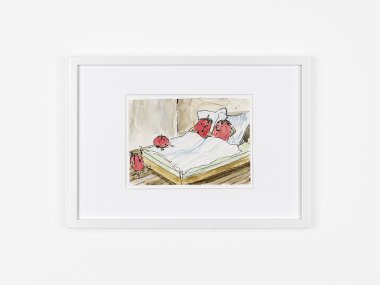 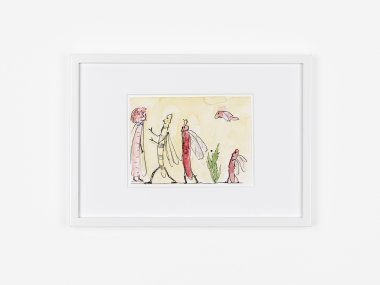 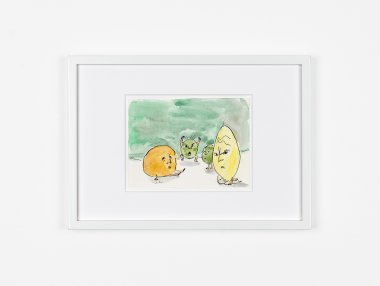 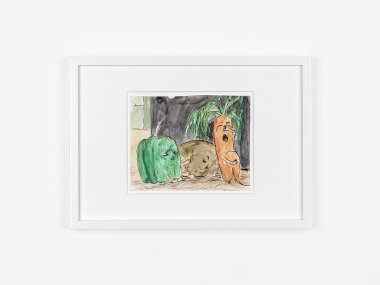 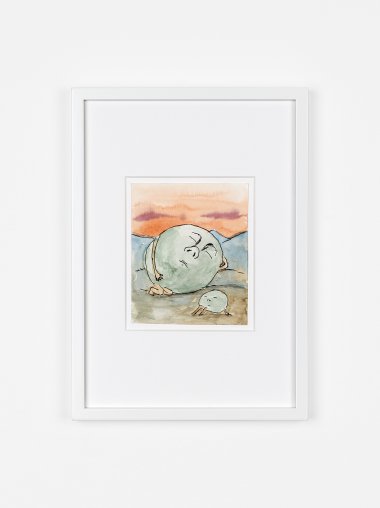 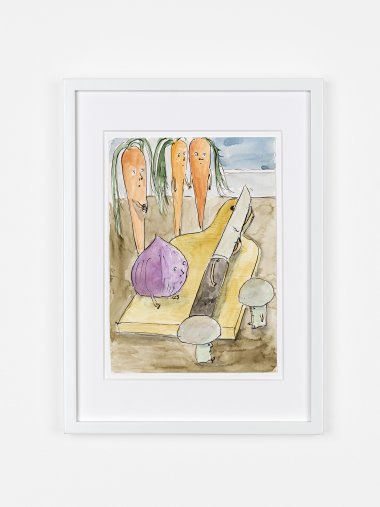 Whether angry pears, crying strawberries, or peppers tied to the bed: alongside objects such as wineglasses, screws, and molars, it is above all fruit and vegetables that Amelie von Wulffen has been bringing to life since 2011 in her watercolor series This is how it happened. These cute and sardonic micro-scenes usually present us with uncomfortable and cast aside feelings. Rage, sadness, disgust, fear, disappointment, jealousy, frustration – the impact of everyday dramas on our own lives reveals the humor and pain that accompany each of these figures, as equivalent expressions of one and the same existence. Von Wulffen has created eight new watercolors for this series for the Kunstverein, smaller works whose effect is once again due to the high degree of identification with which she endows the lives and sufferings of her protagonists. A potato dies, a knife falls ill, two young tomatoes storm their parents’ bedroom in protest. Stylistically reminiscent of children’s books and advertisements, Wulffen’s drawings depict hot affects, but they display a cool objectivity in the way they place their supposedly harmless fruit and vegetable players at a distance. With this, the viewer is given a false sense of reassurance: it’s not you that’s being abstracted here, but the ridiculous earnestness of everyday life.