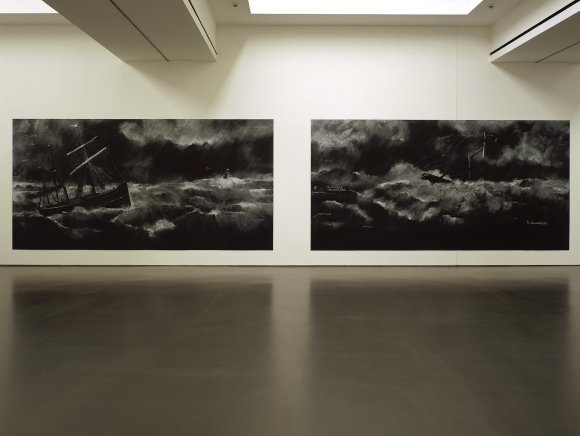 An unspectacular fascination emanates from some stories, places and times, a kind of magical charge, which exists only for a moment or perhaps even for years. With an incisive yet endearing eye, Tacita Dean discovers the unusual and renders it visible through films and photographs she has taken or composed herself or indeed from found images. She has made an almost forgotten space—the windowless cellar studio of Marcel Broodthaers where he set up the Section Cinéma of his famous imaginary museum 30 years previously—the setting of a film for the exhibition.

Images as well as their meanings and conditions play a central part in Tacita Dean’s work as they did in that of Marcel Broodthaers. The engagement with cinema and the museum per se, with collecting, the image, naming, word and meaning form the fundament of the exhibition, which she has conceived for the Kunstverein. The power of time, the cyclical as a phenomenon and also that of disappearance, as well as the possibility of making things visible are all illuminated in Deans filmic images.