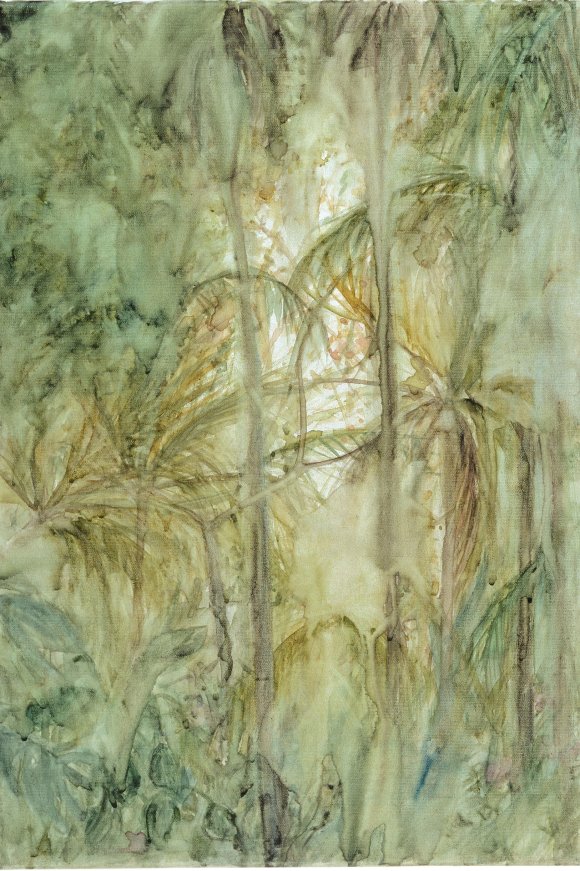 The artist Silke Otto-Knapp (*1970) paints water colours of cities such as Los Angeles and Las Vegas and shows artificially produced plant environments in greenhouses located in public spaces. The artist uses photographs taken from photography books or magazines as templates, as well as her own photographs. It is not so much the correct representation of the motif that is of central importance here but rather its development within the painterly process. Sometimes it is only possible to discern glimpses with a few marked lines.

Whereas an early series shows the nocturnal view from the Hollywood Hills across the glittering metropolis, a later sequence of images depicts Los Angeles as a city overgrown with opulent plants and palms. The apparently wild nature and the equally rank megalopolis overlap in the fusion of colour fields.