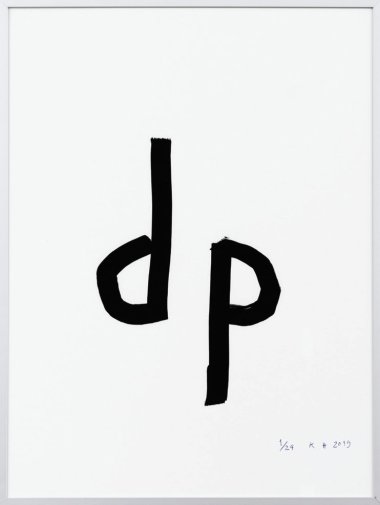 Karl Holmqvist exploits the basic building blocks of words. The physicality of letters, and the codes they’re enlisted to construct, sometimes become a visual wall-of-sound, a bunch of letters or signs repetitively, or progressively, imaging the drone of an all-over-abstraction.

Untitled (d p) is a close-up of such a patterning effect.

We could of course decode the d and the p of this pictogram as dick pic, expanding the acronym as per convention. But if we were to take the image as object—in our hands—and spin it 180º anti-clockwise, we would read the signs d and d. The d’s of düssel & dorf.