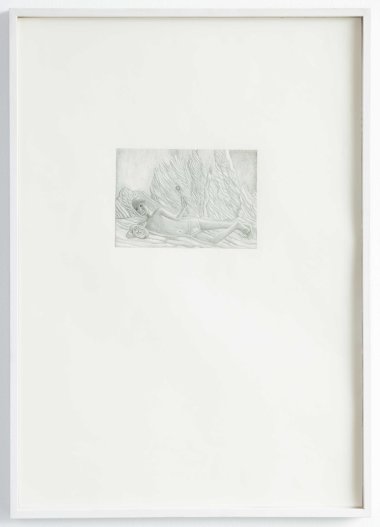 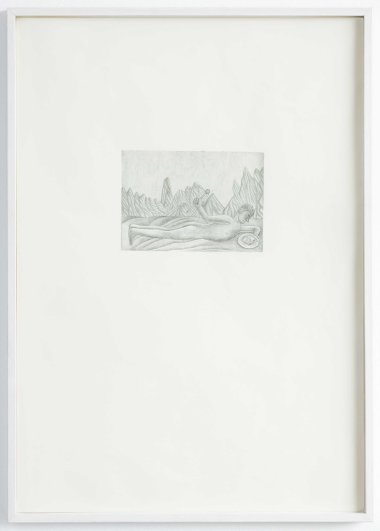 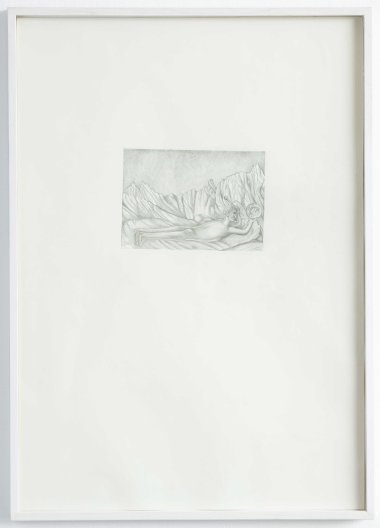 For many years, one of the central motifs in Agnes Scherer’s work has been her drawings of male figures. They are often melancholic diarists or, in the case of the Kunstverein’s annual edition, variations on reclining gong players exploring their inner lives with fascination. Most of the time, their moment of introspection congeals into a pose, just before the moment of real action. Thus the adolescent in Gong Narziss (2019) never manages to strike a note. Rather, he is frozen in a reclining pose before a mountain ridge, the calm movement of his extended arms interrupted, distracted as he is by the fascination with his own reflection. Though an attentive mother has often appeared in other drawings from the series, nourishing the boys milk and thus abetting the reproduction of their masculine narcissisms, the counterpart here has been reduced to the boy’s own reflection. Perhaps his identification with the mirror image is so advanced that he hesitates to strike the gong for fear of hitting his own face? Like the other drawings in this work group, the gong players are always shown reclining—in a pose turned to the earth that marks a state of not yet facing the world, a paradise of immaturity.