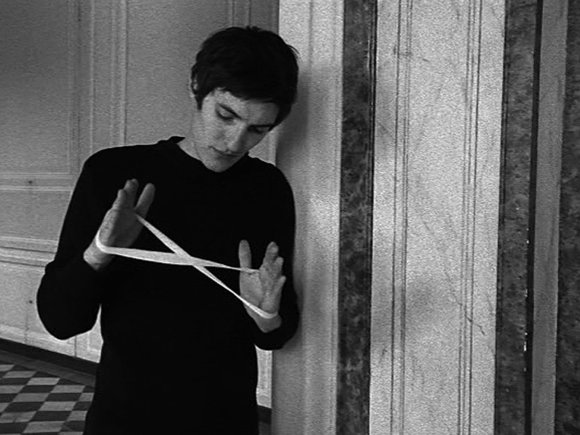 Ulla von Brandenburg uses a variety of media – drawings and silhouettes are juxtaposed with wall paintings, works in cloth with 16 mm films. Her works refer to older, inherently expressive or theatrical conventions of representation, such as tarot cards and early photography, but also tableaux vivants and funfair sensations. Von Brandenburg adapts the poses and gestures of these representations or perhaps a theatrical quality, which examines the relationship of appearance and reality in abstract manner. In so doing she is less interested in adopting existing content than in formal staging, which exposes a wealth of cultural and representational patterns of interpretation. She traces social behavioural patterns, rules and rituals without giving them concrete expression. The bias towards the ornamental, which characterises many of her designs, is geared more to the delineation of representative patterns of order, which can be transferred to the individual and society. Moreover, von Brandenburg’s often historically inspired motifs function by means of their transference to a current temporal mode of reference, rather like a filter placed between representation and reception. It is precisely the inherent ambiguity of the scenarios that turn the viewer into an accomplice in the assumed act of deciphering.