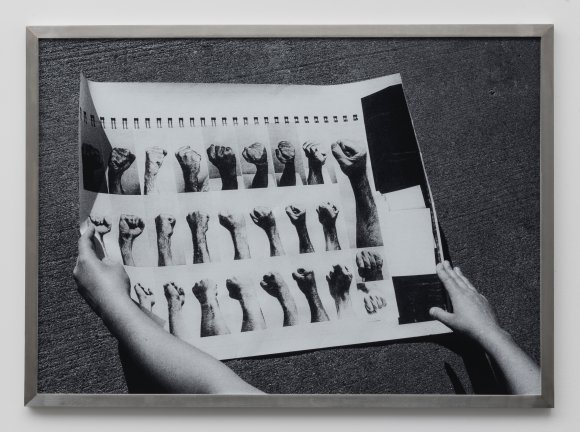 For the final exhibition in the ongoing series concerning “Thing Art”, Kunstverein für die Rheinlande und Westfalen, Düsseldorf is pleased to present Glasgow-based artist Charlotte Prodger (b. 1974). Comprising a selection of significant works from the past ten years, the exhibition marks Prodger’s first solo show in Germany. Prodger’s practice suspends fragments from the history of broadcast technology, structural film, industrial design, taxonomical documents, Internet video, and queer subjectivity. Motifs, anecdotes and physical forms are repurposed and re-used throughout her work. Central to this is the slippery idea of the version, where something produces a mutation of itself. Decontextualised pieces of material run in elliptical loops, with multiple visual and narrative rhythms rubbing against each other. Within these tensions are many diverse temporalities: the time of the digital archive, the sonic time of language, the bodily time of craft or eroticism, and deep geological time.

In this exhibition, Prodger’s works convey inherent referential and semantic implications, which in juxtaposition to their physical presence are at once brutal to watch, while embodying the subtle relationship between what we traditionally refer to as ‘form’ and ‘content.’ Prodger incorporates technology and mechanical devices in a two-fold sense: while technology (a mass of colour, a welded metal base or a specific monitor) are employed to present artistic content, Prodger also focuses attention on the objects themselves, building a self referential technological vocabulary that develops into a conceptual subtext. Monitors and DVD players – placed on custom made shelving units with specific cable systems, play sequences of found and new footage concerned with the reciprocal interpenetration of actions, acts and performances and the techniques that influenced them. Material interactions between the body and technology; the body and nature; technology and nature, run throughout the exhibition. Multifaceted connections emerge between object and art, technology and nature – at once in opposition and in synthesis with each other.