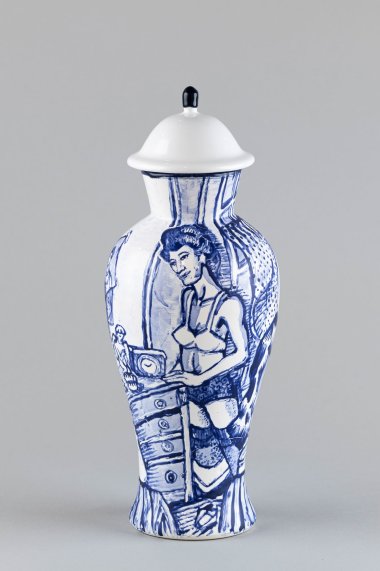 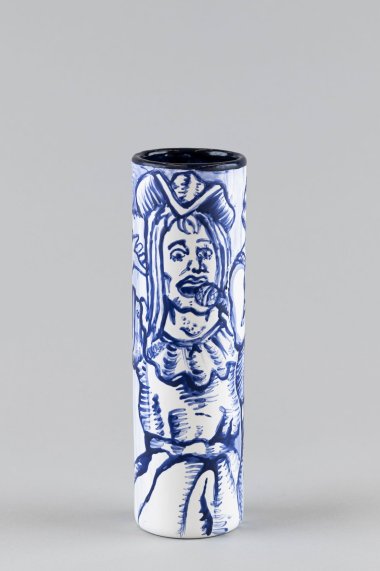 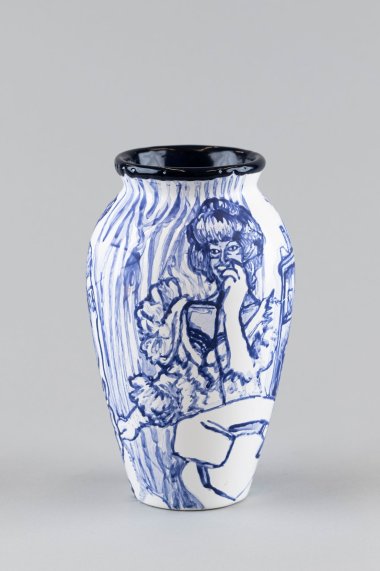 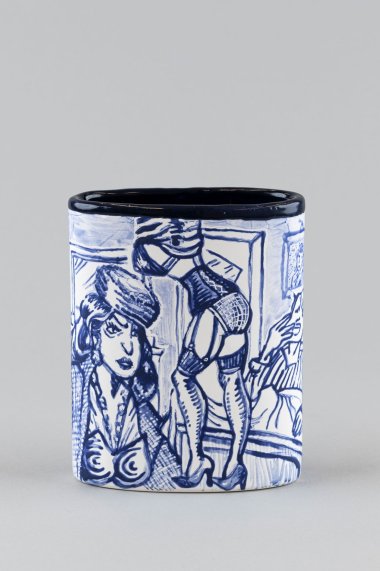 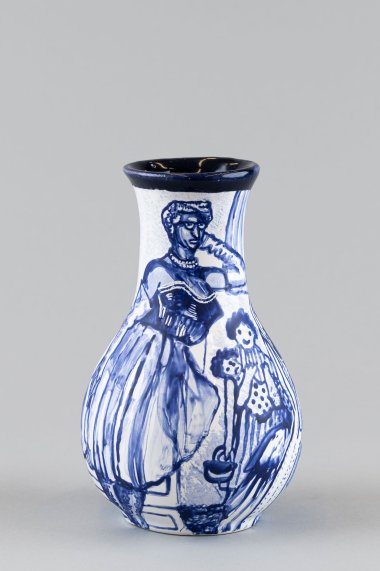 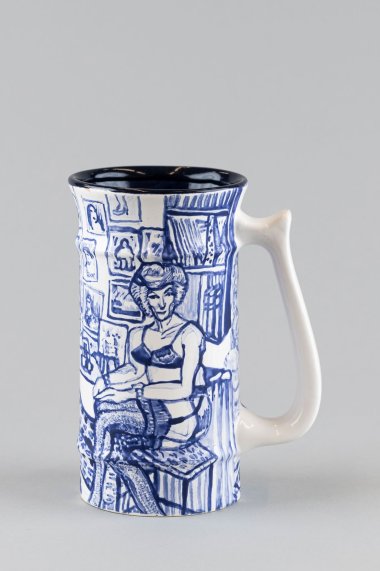 Mikołaj Sobczak designs alternative, transgressive images of history: portraits of prominent figures in LGBTQ activism, emancipatory resistance movements, and non-conformist milieus of the 1960s and 1970s. In imaginary paintings, performances, drawings, and ceramics, he combines them with phantasmatic characters and creatures—his own vision of a queer utopia that is however always confronted with the distorted image of an “underworld” of regressive political figures and events. With his annual edition Letters —vases made the popular Polish workshop Fajan Włocławek and decorated with motifs of queer subculture—Sobczak generates a domestically situated form of activism, a kind of political “message in a bottle” for times of COVID-induced restrictions in public space: “Recently, I have been thinking a lot about forms of political activism. Looking for forms of ‘silent activism,’ I came across an American magazine from the 60s: Letters from Female Impersonators. Cross-dressers, whose lifestyle practices were illegal in public, sent photos from secret, at-home photo shoots to the magazine alongside stories from their lives. I found this very inspiring in times in which political engagement can only grown in our kitchens.”