Spirits and Objects ...and How Non-Productive Love Is Sometimes Contained in Them...
Josef Strau 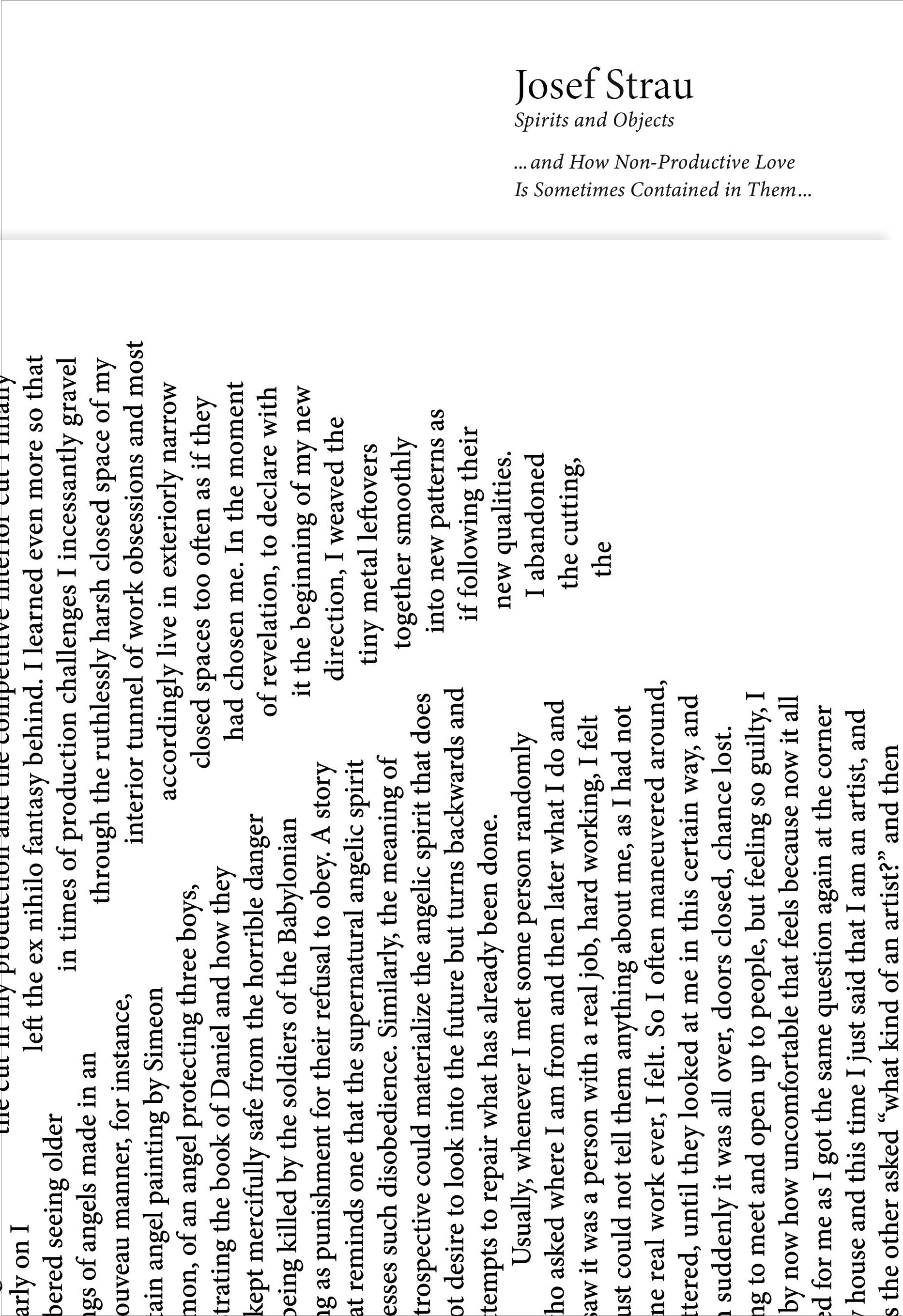 Published in conjunction with Josef Strau´s retrospective exhibition at Kunstverein für die Rheinlande und Westfalen, Düsseldorf (2020), the volume at hand assembles a significant selection of texts produced between the years 2005 and 2020, starting with The Non-Productive Attitude (2005), his prominent reflections on the anti-productive attitude in the Cologne art scene of the time. The experience of having to write the essay overnight within a few hours, and without any time for revision, triggered his interest in exploring forms of unintentional writing, and consequently, as he noted himself, the replacement of the intentional author by an unconscious writer / producer. This mode of automatic writing has manifested itself until today, and has become the core of Strau’s artistic practice. As the final part of Josef Strau’s retrospective project Spirits and Objects produced just on time before his departure from Cologne to New York, this publication serves to close the artist’s involuntary (and extended multiple times) “Düsseldorf year” that started with his arrival in the Rhineland in February 2020 and multiple Corona-related delays of his show, followed by a magnificent exhibition in September and, finally, the subsequent production of this volume.

With a preface by Eva Birkenstock. Design: Petra Hollenbach.

Softcover with dust jacket, 198 pages, with 26 color illustrations, in English.