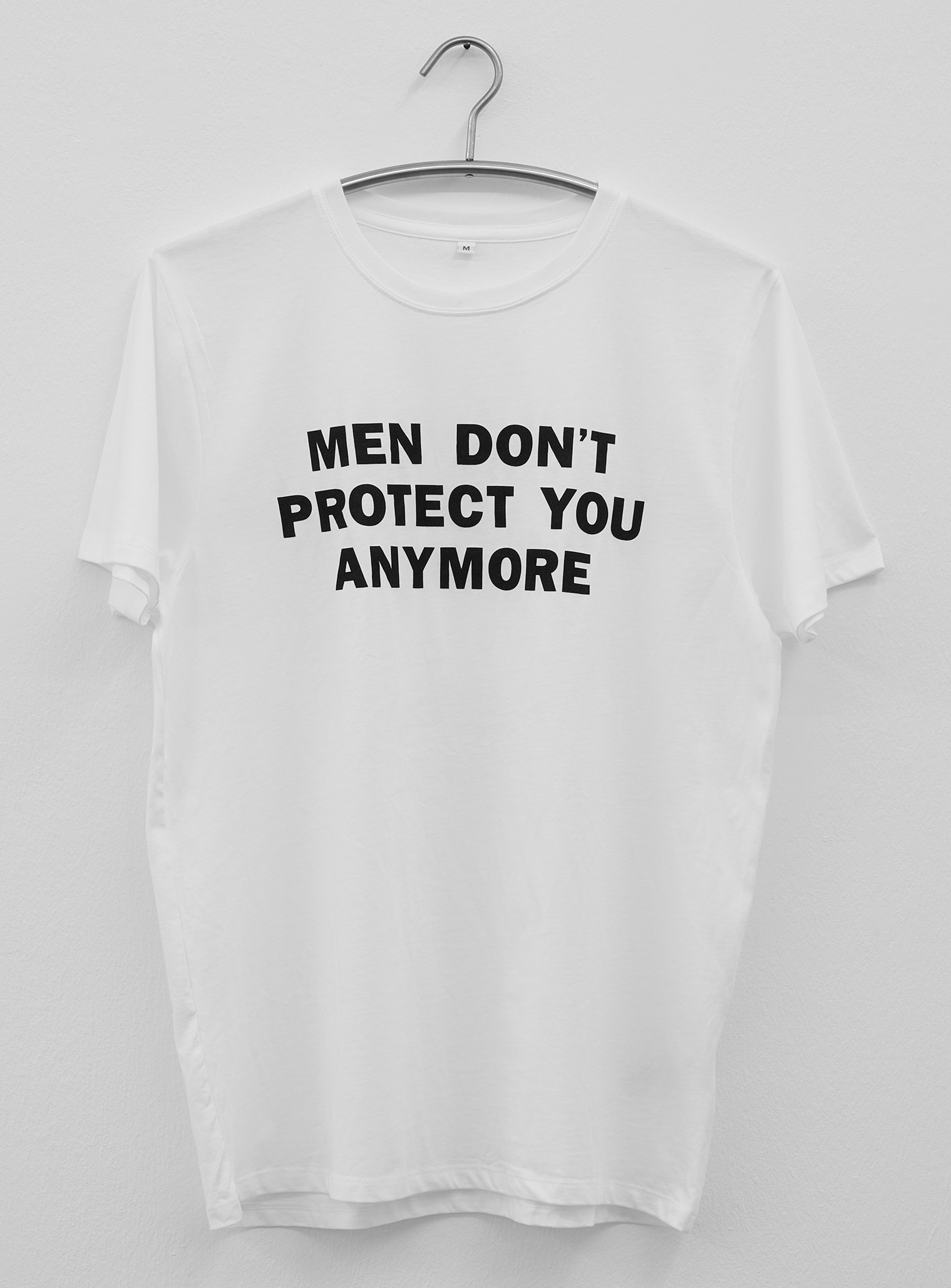 Jenny Holzer’s Truisms is made up of a collection of almost 300 aphorisms and statements written by the artist. In the 1970s she began presenting these on self-printed posters, and later on she used advertising billboards. From the 1980s on, these catchy phrases were reproduced as a variety of ephemera such as t-shirts and caps with the slogan Men don´t protect you anymore, which were part of her Survival Series (1983). They even made their way, somewhat controversially, onto condom wrappers. In this way, she has continued to infiltrate public space, questioning omnipresent cliches about gender roles and commenting on socially relevant topics of the day, such as equality, poverty, the environment, and the abuse of power.