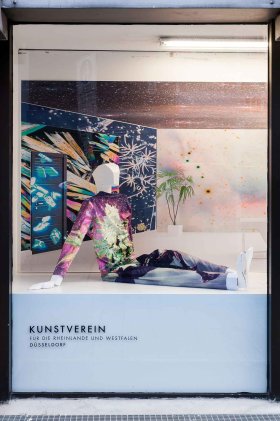 „…my whole body changed into something else. I could see through myself. And I went up… I wasn’t in human form… I landed on a planet that I identified as Saturn… they teleported me and I was down on [a] stage with them. They wanted to talk with me. They had one little antenna on each ear. A little antenna over each eye. They talked to me.
They told me to stop [attending college] because there was going to be great trouble in schools… the world was going into complete chaos… I would speak [through music], and the world would listen. That’s what they told me.”
Sun Ra (1936)

Genre, consisting of Moritz Fiedler (1982) and Lukas Müller (1986), is an artist duo, which deals with electronic sounds and music since 2009.