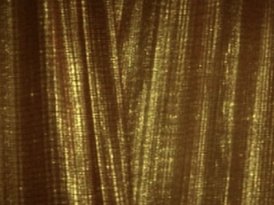 The Similar and the Possible - Levels of Enactment
Eske Schlüters

Using individual and multiple filmic projections, Eske Schlüters (*1970) investigates the understanding of moving pictures and cinematic sequences, which are themselves not governed by a tight narrative structure. Her open narrative method plays upon conceptual thinking, disturbs it discovering new meaning. Schlüters’ projections experiment with found material and as such constitute an interplay of words, sounds and images redolent of their metaphorical character and the bigger picture or context, which has been lost from view. By exclusively using cinematic material from other directors’ films, Schlüters is writing a personal history of film in which fleeting instances of complex atmospheres come into being. No longer integral to a given narrative framework, the images speak for themselves. They are not quotations but memories of something that has been seen that can no longer be unequivocally recapitulated.