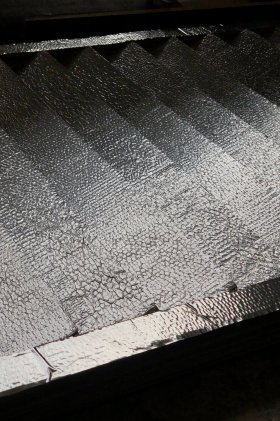 Another Eye is a new series for contemporary film, video, and related talk formats. Conceived to expand upon previous formats such as the display window shows (2008–2017) and the Elbow Room series (2019-2021), which offered young artists an opportunity to make their first institutional presentations at the Kunstverein, Another Eye is dedicated to practices in film, video, and animation. With events taking place four times a year in the foyer of the Kunstverein and other locations in the city, the series provides young film and video artists a space for presenting new work and ongoing research. Following a period of social isolation, Another Eye aims to create a collective framework for the negotiation of different cinematic practices and discourses, and for experimenting with new presentation formats for film and cinema. The series thus sustains an interrogation of the contemporary significance of artistic moving images in the “post-cinematic” era, in which the distribution, production, and consumption of film and video have radically changed. The title refers to the Kunstverein’s window facade, which offers a broad, almost panoptic view unto Grabbeplatz and vice versa. The idea of an enormous architectural eye that negotiates between views of interior and exterior space is carried over to the projection screen, where these are temporarily replaced by other, filmic views. For Another Eye, Düsseldorf-based artist Mira Mann has developed a new display system which—like blinds, shades, and other kinds of window covering—invokes an idea of shielding while also playing with porosity and reflection. The temporary space thus emerging offers delineation and protection, while opening up other, fictional spaces.

The reflective silver surface of Picturing Eyelid (2022) is already visible from as far away as Grabbeplatz. Nine modules—their forms evoking window blinds or shutters—close off the view of what otherwise would be the clearly visible fluorescent tubing on the Kunstverein’s ceiling. Darkness descends upon entering the foyer—the view to the outside is withheld, thus heightening the remaining senses. Drawing on personal memories, impressions, and thoughts on architecture, anime, and film, Mira Mann has developed a site-specific hybrid display system. Four times a year, it will provide a concentrated and communal space for the presentation and collective negotiation of film, video works, and research as part of the Another Eye series. The hybrid nature of Picturing Eyelid will be underscored by deliberate, formal breaks in the production, in contrast to industrially manufactured modular systems. Rather than opting for a more robust material, Mira Mann produced the almost four-meter-high frames and the slat-like structures from cardboard. The resilience inscribed into typical window shutters is thus countered by a distinct fragility. The cardboard—when installed outdoors—may prove unable to withstand the weather, even despite the silver tape applied across one of its sides. While a clear view to the outside (and inside) is withheld, it is not entirely blocked; instead, the partial porosity of the slats blurs the lines between the indoor and the outdoor, between light and dark.

Mira Mann (born 1993, lives in Düsseldorf) studied under Dominique Gonzalez-Foerster at Kunstakademie Düsseldorf. Her performances and installations have been shown in group and solo exhibitions at venues such as Urbane Künste Ruhr/Dortmunder Kunstverein, the Lantz´schen Skulpturenpark (both 2021), and in the Simultanhalle Köln (2020).