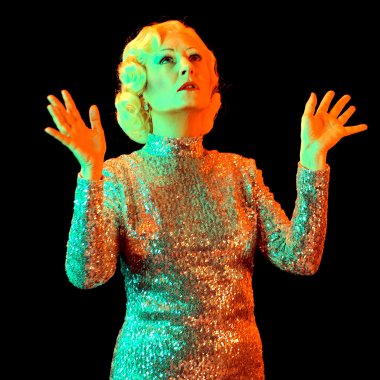 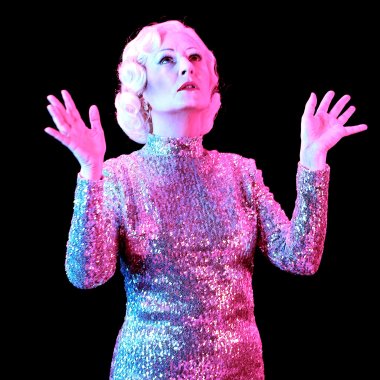 “A person is like a space, and figures can, like spaces, can be set foot in,” says Dominique Gonzalez-Foerster, whose apparitions presents the physical forms of real and fictional icons from the 19th century to the 21st. Marilyn Monroe, Maria Callas, Bob Dylan, and Edgar Allan Poe are for Gonzales-Foerster part of a walk-through archive of extravagantly staged “character spaces” in which various temporalities and personalities overlap. In marienbad électrique (rose) and marienbad électrique (vert), her annual editions for the Kunstverein, the artist appears as the feminist actress Delphine Seyrig. She assumes Seyrig’s role as the lesbian vampire Elizabeth Bathory from the film Les lèvres rouges (1971), seducing a woman to emancipate her from a sadistic relationship. It here remains unclear if it is the actress or the vampire she plays who is portrayed here in the spotlight. A double metamorphosis, continuing in the light choreography of the pink and green-illuminated image space.