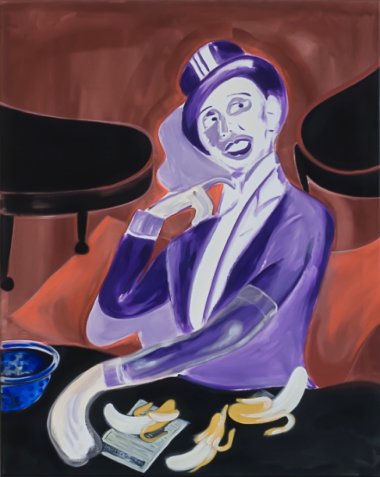 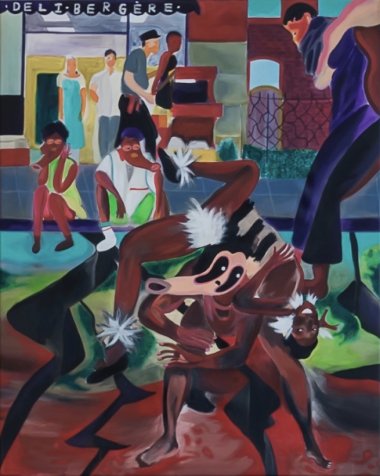 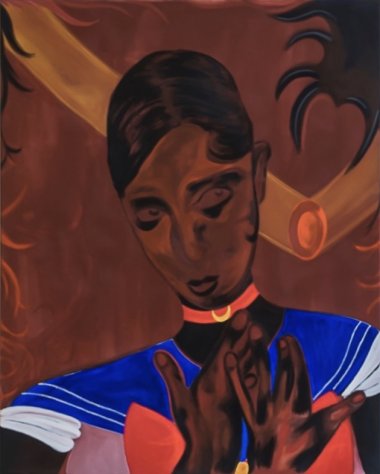 Nicholas Grafia constructs scenic, figurative narratives. Painting, printmaking, and performance are the elements he uses to develop these discursive settings. In making recourse to well-worn imagery, he is often searching for a kind of visuality capable of speaking about trans-temporal developments: about the social systems we live in and those we have outgrown. Grafia’s works thus reflect inherited or obsolete perspectives, which he interactively brings to their productive limits — with the goal of a conscious break with tradition. His at times monstrous seeming figures and staged bodies move between fetish, costume, and stigma, touching on the question of what is socially perceived as a threat: which actions, gesture, and forms of being make people shudder and why? In his paintings and performances, Grafia strikes a balance between the real and the surreal, thematizes “racial” and sexual attributions, while his works are always based on the dissolution of victim roles. His paintings for the Kunstverein’s annual edition are recent “scripts” for a performative work about Josephine Baker, which almost expressionistically revolves around her avantgarde figure between Danse Sauvage, colonial fantasy, queer-feminist identity formation, and migration.