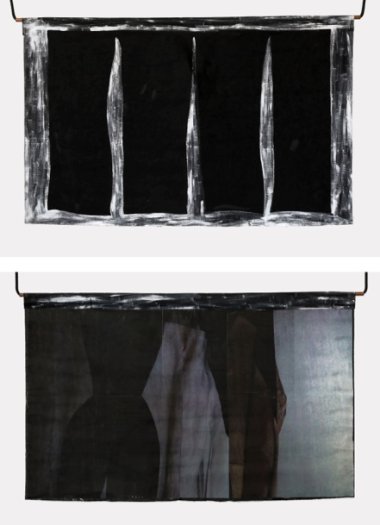 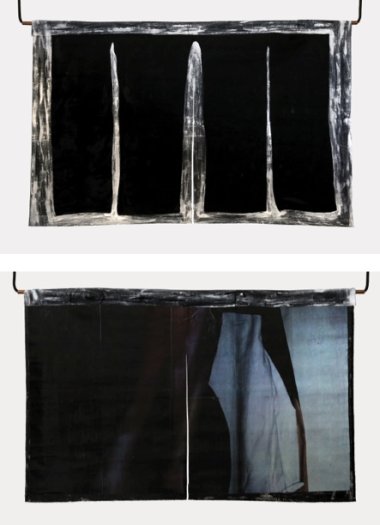 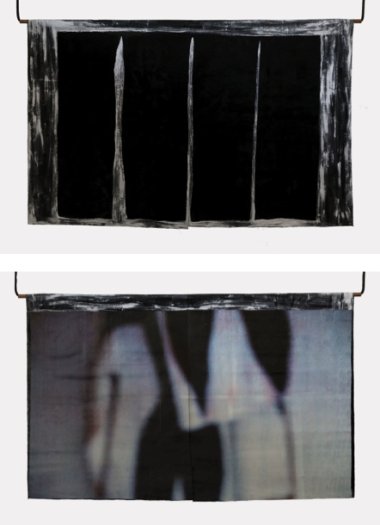 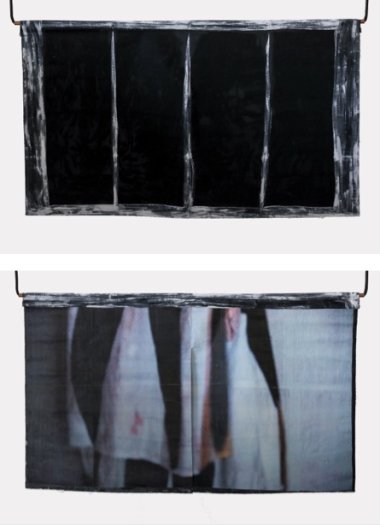 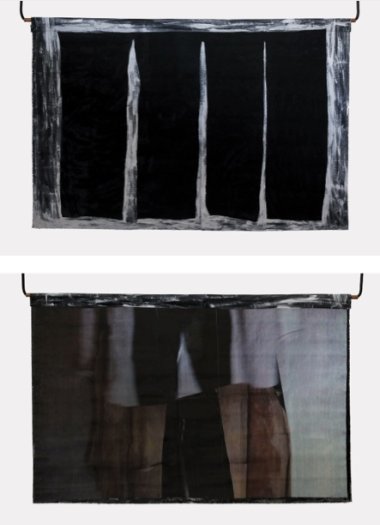 “Phantom Kino Ballett is sound fragment and black theatre, Holly Woodlawn’s nervous breakdowns, Taro’s arpeggiated anime, Mario Montez’ mobile, Maria Callas’ chiffre, and Anna Oppermann’s eyelashes.” It’s like a constantly morphing, anti-narrative cabinet of curiosities, which Lena Willikens & Sarah Szczesny have been working on together since 2015. Following performances and screenings in clubs, theaters, art venues, cinemas, and off spaces in Bregenz, Tokyo, Osaka, New York, San Francisco, and Montreal, among others, the Phantom Kino Ballet was presented in the spring of 2019 in Düsseldorf for a period of two months for the first time, with an installation developed especially for the Kunstverein. The exhibition space became a room for projections, stages, and production that was intermittently activated by performances. The bodies of the actors involved in the performances appeared as transient uniformed media whose movements animated the phantoms painted onto their costumes. During the exhibition, the work Mimesis Exit took on the function of a Japanese Noren that covered the entry and exit of the Phantom Kino Ballet, simultaneously protecting against sunlight and evil spirits. Phantom Mimesis Exit D.V., C.V., T.E., G.H., H.R., the Noren in the annual edition seem by contrast to be possessed by phantoms. Once animated by the bodies of actors, they have now become autonomous.